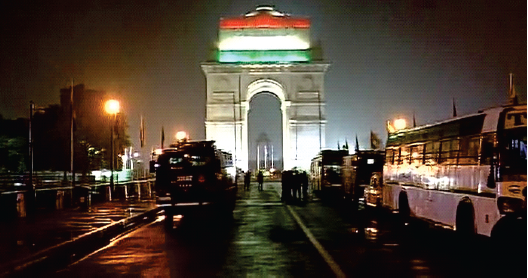 Soon after the pictures surfaced on internet, it became a huge buzz on social media websites Tweeting the pictures, Vikas Swarup, official spokesperson of Ministry of External Affairs of India, said, “A dazzling testament to an enduring friendship.

@BurjKhalifa lights up in the tiranga, on eve of Crown Prince attend’g India’s Republic Day (sic).”